en español
go back to the first page 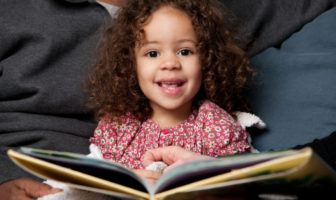 It's time to celebrate diversity! It's important for kids to learn about lots of different perspectives alongside their own. We've compiled a list of books that will teach kids about a variety of diverse experiences.

A Mother for Choco by Keiko Kasza

Carry Me by Star Bright Books

Global Babies by The Global Fund for Children

It's Ramadan, Curious George by H. A. Rey and Hena Khan

Littles: And How They Grow by Kelly DiPucchio

More More More Said the Baby by Vera B. Williams

Only One You by Linda Kranz

Put Me in the Zoo by Robert Lopshire

The Family Book by Todd Parr

What Do People Do All Day? by Richard Scarry

Whose Knees Are These? by Jabari Asim

Anansi the Spider: A Tale From the Ashanti by Gerald McDermott

Dario and the Whale by Cheryl Lawton Malone

Green is a Chile Pepper by Roseanne Greenfield Thong

Hooray a Piñata by Elisa Kleven

It's Okay To Be Different by Todd Parr

Just Us Women by Jeanette Caines

Mama, Do You Love Me? by Barbara M. Joosse

My First Ramadan by Karen Katz

My Name Is Yoon by Helen Recorvitz

One Family by George Shannon

Round is a Mooncake: A Book of Shapes by Roseanne Thong

Shades of Black: A Celebration of Our Children by Sandra L. Pinkney

The Daddy Book by Todd Parr

The Favorite Daughter by Allen Say

This is the Way We Go to School by Edith Baer

To Be a Kid by Maya Ajmera and John D. Ivanko

We All Sing With the Same Voice by J. Philip Miller and Sheppard M. Greene

Whoever You Are by Mem Fox

Whose Hands Are These by Miranda Paul

A Piece of Home by Jerri Watts

Be Who You Are by Todd Parr

How I Was Adopted by Joanna Cole

Hush! A Thai Lullaby by Minfong Ho and Holly Meade

I Love My Hair! by Natasha Anastasia Tarpley

If Kids Ran the World by Leo & Diane Dillon

My Granny Went to the Market by Stella Blackstone

Spaghetti in a Hot Dog Bun by Maria Dismondy

The Barefoot Book of Children by Tessa Strickland and Kate Depalma

The Great Big Book of Families by Mary Hoffman

The Journey by Francesca Sanna

The Name Jar by Yangsook Choi

The Princess and the Pea by Rachel Isadora

The Sissy Duckling by Harvey Fierstein

The Story of Ruby Bridges by Robert Coles

The Water Princess by Susan Verde and Georgie Badiel

Under the Same Sun by Sharon Robinson

We March by Shane W. Evans 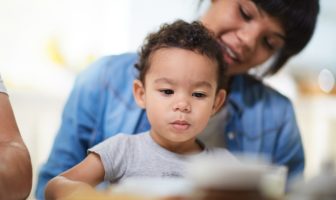 Starting Early: How to Discipline your Baby

This article, by author and parenting teacher Elizabeth Pantley, provides parents with advice on how to lay the foundation for successful discipline. 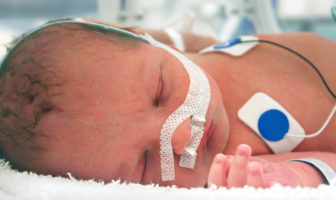 How to Bond with Your Newborn

This article provides tips on how you can bond with your newborn.

Trail mix is a winner with both kids and parents: it's delicious, easy to make, and portable for all of your outdoo… https://t.co/EFxquBLded
about 1 hour ago

Finding a chore your child loves to do can start a habit of wanting to help out that'll last a lifetime. Check out… https://t.co/EV5OxZRPR7
about 21 hours ago

Children like adventure, but they also need stability and reassurance. Moving even a short distance can mean a grea… https://t.co/TLmjRYUytD
1 day ago