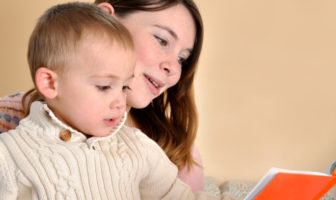 100 Books About the Animal Kingdom

Welcome to the Animal Kingdom! These books are the first category of our #1000Books Series, which aims to help you read 1,000 books with your child before they reach kindergarten. These stories will let your kids roar with lions, swing with monkeys, and nap with kitties. They will instill in your child a love of animals and introduce them to the creatures who live in the world around them.

Brown Bear, Brown Bear, What Do You See? by Bill Martin Jr. and Eric Carle

Feathers for Lunch by Lois Ehlert

Old Macdonald: A Hand-Puppet Board Book by Jill Ackerman

The Mixed-Up Chameleon by Eric Carle

There Are Cats in This Book by Viviane Schwarz

Time For Bed by Mem Fox

What Shall We Do With the Boo Hoo Baby? by Cressida Cowel

You Can Do it, Sam by Amy Hest

A Ball For Daisy by Chris Raschka

Bear Snores On by Karma Wilson

Close Your Eyes by Kate Banks

Come Along Daisy by Jane Simmons

Early Bird Gets the Worm by Bruce Lansky

I Went Walking by Sue Williams

If You Give a Moose a Muffin by Laura Numeroff

If You Give a Mouse a Cookie by Laura Numeroff

Kitten for a Day by Ezra Jack Keats

Lola Goes to the Doctor by Marcia Goldman

Millions of Cats by Wanda Gag

Polar Bear, Polar Bear, What Do You Hear? by Bill Martin Jr. and Eric Carle

The Lion & the Mouse by Jerry Pinkney

The Lion and the Little Red Bird by Elisa Kleven

The Mitten by Jan Brett

The Snail and the Whale by Julia Donaldson

The Story About Ping by Marjorie Flack

The Story of Ferdinand by Munro Leaf

The Wide-Mouthed Frog by Keith Faulkner

You Can Do It, Bert! by Ole Konnecke

A House for Hermit Crab by Eric Carle

Alexander and the Wind-Up Mouse by Leo Lionni

Animalia by Graeme Base

Chicken and Cat by Sara Varon

Dewey: There's a Cat in the Library! by Vicki Myron and Bret Witter

Diary of a Wombat by Jackie French

Finding Winnie: The True Story of the World's Most Famous Bear by Lindsay Mattick

From Tadpole to Frog by Kathleen Weidner Zoehfield

I Want My Hat Back by Jon Klassen

Narwhal: Unicorn of the Sea by Ben Clanton

Owen & Mzee: The True Story of a Remarkable Friendship by Isabella & Craig Hatkoff

Rooster's Off to See the World by Eric Carle

The Full Moon at the Napping House by Audrey Wood

The Rainbow Fish by Marcus Pfister

The Salamander Room by Anne Mazer

They All Saw a Cat by Brendan Wezel

What Do You Do with a Tail Like This? by Steve Jenkins

Want to read more? Check out our next category of 100 books to celebrate diversity with your little ones. And make sure to share your journey to 1,000 on social media and tag us! #1000Books 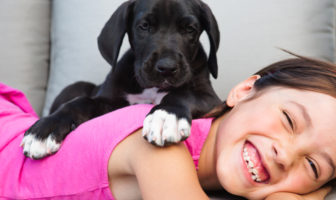 5 Things to Consider Before Getting a Family Pet

Having a pet has proven benefits for both children and adults. They are good for physical and mental health. Taking care of a pet teaches children about responsibility, friendship, love, and trust. However, not every family’s circumstances are right for having a pet. 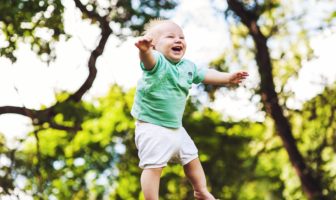 Looking to enjoy the nice weather but not sure what to do? We’ve found some fun and easy activities that will get you and your kids outside and moving!