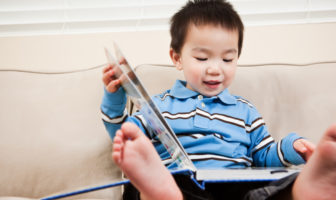 Get ready to laugh! These books are the fourth category of our #1000Books Series, which aims to help you read 1,000 books with your child before they reach kindergarten. Kids love a good chuckle and silly books like these can help them develop their sense of humor and learn to think outside the box. Here's a great list of books that will keep your child engaged and laughing.

10 Minutes Till Bedtime by Peggy Rathmann

But Not the Hippopotamus by Sandra Boynton

The Boss Baby by Marla Frazee

The End (Almost) by Jim Benton

The Lady with the Alligator Purse by Nadine Bernard Westcott

A is for Salad by Mike Lester

A Pet for Fly Guy by Tedd Arnold

An Elephant Is On My House: And Other Poems By O.D.D. Cummings

Caps For Sale: A Tale of a Peddler Some Monkeys and Their Monkey Business by Esphyr Slobodkina

Cloudy With a Chance of Meatballs by Judi Barrett

Don't Let the Pigeon Drive the Bus by Mo Willems

Fancy Nancy and the Dazzling Jewels by Jane O'Connor

George and Martha by James Marshall

How Do Dinosaurs Say Goodnight? by Jane Yolen

I Stink! by Kate McMullan

I Will Not Eat You by Adam Lehrhaupt

It's An Orange Aardvark! by Michael Hall

Mary Had a Little Glam by Tammi Sauer

Max the Brave by Ed Vere

No Bears by Meg McKinlay

No, David! by David Shannon

That's Not Mine by Anna Kang

The Bear Ate Your Sandwich by Julia Sarcone-Roach

The Caterpillar and the Polliwog by Jack Kent

The Day the Crayons Quit by Drew Daywalt

The Dumb Bunnies Go To The Zoo by Dav Pilkey

There Is a Bird on Your Head! by Mo Willems

We Are in a Book! by Mo Willems

Where's My Teddy? by Jez Alborough

Who Wants a Cheap Rhinoceros? by Shel Silverstein

A Chocolate Moose for Dinner by Fred Gwynne

And To Think I Saw It on Mulberry Street by Dr. Seuss

Animals Should Definitely Not Wear Clothes by Judi Barrett

Diary of a Spider by Doreen Cronin

Diary of a Worm by Doreen Cronin

Edwina, the Dinosaur Who Didn't Know She Was Extinct by Mo Willems

Eloise: A Book for Precocious Grown Ups by May Thompson

Goldilocks and the Three Dinosaurs by Mo Willems

Just Going to the Dentist by Mercer Mayer

Lost and Found by Oliver Jeffers

My Lucky Day by Keiko Kasza

Never Take a Shark to the Dentist by Judi Barrett

The Berenstain Bears Inside Outside Upside Down by Stan & Jan Berenstain

The Book With No Pictures by B. J. Novack

The Cat, the Dog, Little Red, the Exploding Eggs, the Wolf, and Grandma by Diane Fox

The Relatives Came by Cynthia Rylant

The Terrible Plop by Ursula Dubosarsky

The Tiger Who Came to Tea by Judith Kerr

The True Story of the Three Little Pigs by Jon Scieszka

This Book Just Ate my Dog! by Richard Byrne

This Is Not My Hat by Jon Klassen

Where’s My Fnurgle? by Jim Benton

Want to read more? Check out our next category of 100 books that will take you and your child to fantastical, faraway worlds. And make sure to share your journey to 1,000 on social media and tag us! #1000Books 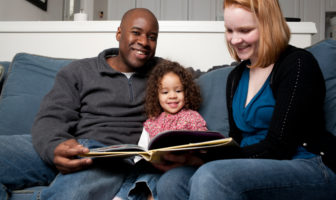 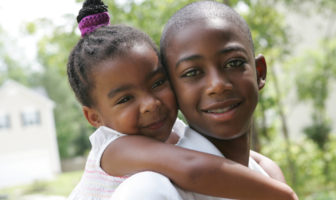 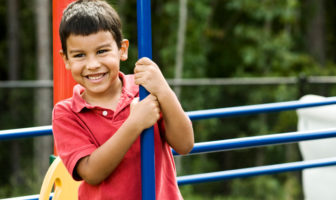